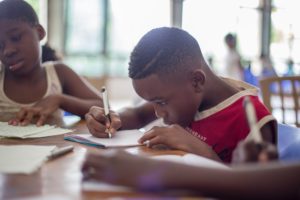 Photo by Santi Vedrí on Unsplash

I didn’t realise that I was bad at spelling until the middle of primary school. At first I laughed along with my classmates when teachers poked fun at my creative takes on our sight words. But over time the joke wore thin. I realised they weren’t laughing with me. They were laughing at me.

By the time I reached Year 6 the message was sinking in. I was different from my peers. I was stupid. My teacher, a stern woman who struck fear into children with the twitch of an eyebrow, had made it clear to me, and the rest of the class, that I was completely incompetent. She called me stupid so often that it became fact.