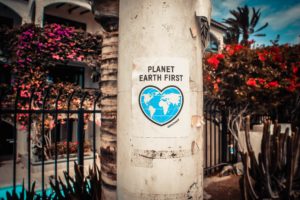 “Who has a question?” filmmaker Damon Gameau has spent the last 45 minutes telling the students of Kegworth Public School, in Sydney’s Inner West, all about his new documentary, 2040.

It turns out that everyone has a question. Damon smiles as he scans the room of waving arms before picking out a kid to start with.

‘We all need to take action’: How 2040 is inspiring a generation of enviro warriors – Essential Kids – May 2019